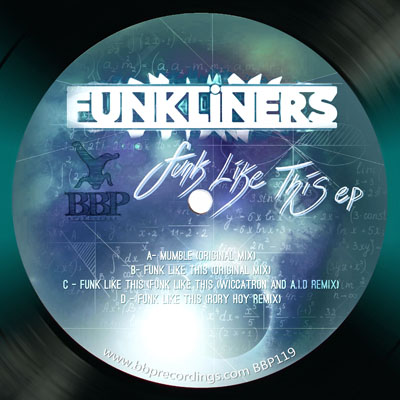 “Funkliners are all about easy, good times, which is a good thing because that’s exactly what the Breakbeat Paradise label is all about too. Here they’ve cooked up two sizzlers that will get even the most difficult dancefloor moving – “Mumble” which is all perky, cut up funk samples and tough beats, and the title track, which keeps those big beats but holds a more stripped back groove. There are also two remixes: Wiccatron’s scratchy rejig and Rory Hoy’s bright and shiny 4/4 pop-house jam.”
/Juno Download