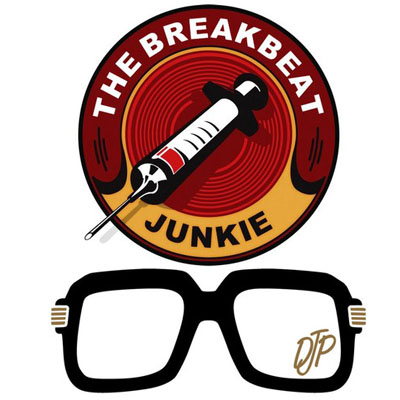 DJP Not content with wreaking havoc amongst the funky breaks scene, Goodgroove Records’ very own eyewear jokester DJP has only gone and added video to his club destroying arsenal. Now not only do you get straight up bangers fatter than the laces in a B-Boy’s kicks, you get big ass visuals so bright you’ll need your Cazals in the club.

Being no stranger to the major playing labels, record store charts, DJs and Producers in the scene, let alone the discerning public; DJP is definitely pushing the right buttons when it comes to funky loops, fat drums and a healthy serving of bass. These productions directly correlate to his DJing style, which has taken him to numerous venues all over the UK as well as Europe over the years.

With this set in place, DJP is taking a refreshing stance on the AV scene with club orientated sets consisting of one-off edits, mash-ups and productions accompanied by completely custom videos. The sets are delivered with the standard set up of two turntables and a mixer, accompanied by a little computer wizardry in the form of Serato Scratch Live and Video-SL; it’s enough to make your eyes water.

Be sure to expect more audio and or visual shenanigans from DJP this year… it keeps him out of trouble. The Breakbeat Junkie Funky breaks producer from Nottingham, UK. One of pioneer players in the nu funk scene since his first 12” vinyl release on Good Groove records in 2009 he’s been droping successful releases on just about all funky breaks labels on the planet. He’s sound has strong roots in the oldskool funk and soul, which shines though on all his productions. Together these guys are known to create irresistible funky dancefloor burners and BBP is proud to have in the artist crew. Check out their amazing Part 3 of Freak Hop and their brand new 12” vinyl: Represent The Style EP