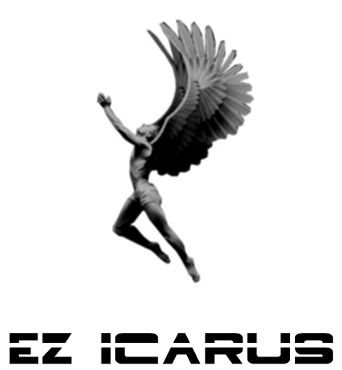 Ez Icarus is producing breakbeat, drum and bass tracks, with fresh highs and deep low warbling bass lines inspired by Speed Garage and Jungle with Hooks a fisherman would be proud of…

Born in Thatchers England in 1985, Ez Icarus found freedom through music. While others were listening to the Sunday chart show to see if Blur or Oasis had made it to number 1, Ez Icarus was listening to pirate radio stations kicking out Jungle Reggae and Drum and Bass across Nottingham city.

Ez Icarus started his musical career as a DJ, playing house, breakbeats and drum and bass in small venues and on local urban radio stations Kemet FM and The Eye. DJing for nine years with a unique Cut and Blend style, when Ez Icarus started producing music in 2006 his background of chopped beat DJing lead to different production techniques for breakbeat drum and bass tracks, with fresh highs and deep low warbling bass lines inspired by Speed Garage and Jungle with Hooks a fisherman would be proud of.

With his insatiable musical addiction still the driving force in his life Ez Icarus is now travelling the world for musical inspiration from LA to London and everywhere in between. Currently working with a collection of extremely talented musicians including a funky drummer known as The Octopus on a new EP Flying Too High.

As an appetizer for his upcoming Flying Too High EP we are giving away this Evil Lurks track – just in time for your Halloween djsets! Nice and dark electro breaks with all the right ingredients to satisfy that all fired-up halloween party crowds!