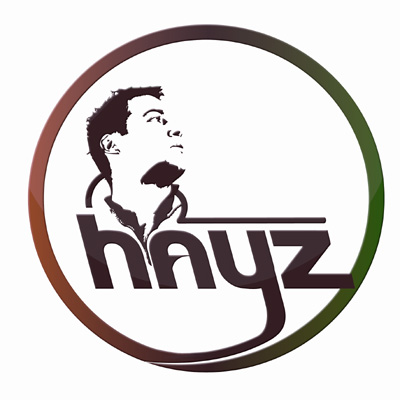 Hayz is one of the most talented breaks DJs in the UK with his infectious funky grooves and unique style of mixing, cutting and scratching.

Hayz is one of the most talented breaks DJs in the UK with his awesome nu-funk, breaks and unique style of mixing, cutting and scratching. His music is infectious and constantly exclusive – providing the perfect balance between commercial and cool. Founder of NuFunk.net & Headspin Promotions and signed by multiple record labels, Hayz is now in demand after his recent Ghetto Base E.P hit no.1 in the singles Charts, as well as topping the Funk, Breaks & Electro charts on Juno Records – the world’s largest online dance music store. Ghetto Base – released on vinyl and digitally – has already become the label’s best selling release of all time and was up for nomination for Best Track at Breakspoll 2010 (International Breakbeat Awards). Check out the Ghetto Base by Hayz music video on YouTube.

His DJ career spans 17 years. Since hitting the turntables in 1993 and playing at Sheffield’s legendary clubs the Republic (Gatecrasher) & Music Factory he has made his mark on the scene, recently playing alongside the likes of A.Skillz, Utah Saints, Mooqee, Peo De Pitte the Beat Assassins, Ninelives the Cat, Plaza de Funk, Goodgroove & the Groove Diggerz. He performed at the NuSkoolBreaks.co.uk Xmas Party at Rhythm Factory, where his set was exclusively filmed by BAFTA award winning Production Company – October Films – for a cutting edge Channel 4 documentary. Hayz was also booked to play at the SugarbeatClub 1st Birthday party at Jamm in Brixton alongside Hervé, Utah Saints & Mooqee and hosted the recent “Hayz Vs A.Skillz” Headspin showdown at the Cobden Club in Notting Hill. He currently hosts Funk Shui at Lost Angel in Battersea, London (Voted Best New Bar in TimeOut Magazine) and continues to rock bars & clubs around the country. Hayz followed the footsteps of Soul of Man, Drumattic Twins, Friendly and Bass Kleph by appearing as special guest on French producer – Flore’s prestigious ‘De La Break’ (iBreaks radio) and Moneyshot & Parker’s Prime-time Saturday night show on XFM. He also interviewed on Adam Fogarty’s Breakonomics show with his Rhyme Assassin E.P hitting the top 5 in the Countdown Chart.

His material has been praised and remixed by a number of legendary Producers including Nick Fonkynson, Ursula 1000, Mark Walton & Calagad 13.