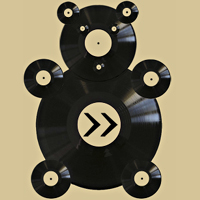 “I work in different styles, but you know, I have one aim: to make my listeners happy” – Andrew MAze
Andrew MAze (Andrey Dolzhikov in real life) was born in Moscow (Russia) in the late ‘80s.
He was involved in the world of music by his friend at the age of thirteen. They were collaborating with each other during a long period. Friends played their music at every school disco. But then they went separate ways and Andrew found himself in electronic music.

Influenced by such bands like Hybrid, BT, Doves and many others, he kept improving his skills day by day and devoted himself to writing music. A couple of years later Andrew realized that his hobby became the major part of his life. Through these years he experimented with lots of electronic styles, from techno to ambient. His first success was the finals in the remix contest arranged by a very popualar American industrial rock group – Celldweller. Andrew produced the breakbeat version of their song “Switchback” and it was met with great approval from the audience. His remix got in the finals top20 from approx. two hundreds and it was placed into the final CD compilation.

Now you can hear his tunes at such radiostations as NSB Radio, NuBreaks.com and others. Andrew has always had passion for experiments and even now when he is concentrated on his own projects Andrew collabs with an MC who produces his debut album.
Apart from being a composer, Andrew loves sports, especially football and basketball and it’s important for him to be in good shape and always stay creative.