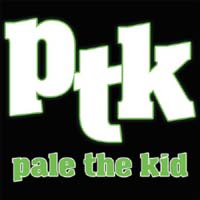 Pale The Kid can be described as “uplifting Electronic Disco-Breaks for the dancefloor with Funky, Soul and Rave drops”.

Kid Stretch has started his involvement in music as a dj back in 1997 spinning mostly Hip-Hop, Funk, Disco, Soul, Funky Breaks, B-Boy Anthem and Mash-Ups. In 1998 participates in the Greek DMC and takes the 2nd place but two years later he participated again and took the 1st place. He represented Greece in the World DMC in London’s Millennium Dome. The same year one of the best Greek Hip-Hop groups are formed, the WARRIORZ, and Kid Stretch is the producer and dj of the band. Warriorz have contributed tracks to Greek compilations, they have released a CD single for FM Records and the album “Way Of Life” in their own WARRIORZ RECORDS. They have also released the album “Hippofunkchoerus”, a Funk/Hip-Hop project with the cult Greek funk band NASA FUNK. Additionally they have co-operate with top notch hip-hop artists like JERU THE DAMAJA, LIL’ DAP, 7L, ESOTERIC, BLADE, MAINFLOW and more which will be featured in their forthcoming album.Kid Stretch has done warm-ups to artists like Rjd2, Andy Smith, Jeru The Damaja, Esoteric, Blade, Mainflow, Akil (from Jurassic 5) and more. In 2007 Kid Stretch participated in the “Battle Of The Year World 2007 Soundtrack” with the song “Live For The Funk, Die For The Funk”, next year his Funky Disco dancefloor track “Beat Goes On” makes it to the “Battle Of The Year 2008 China Soundtrack” and later that year “On & On” is featured in the “Battle Of The Year World 2008 Soundtrack”. In 2008 he has done a remix for 2CRUSH’s “The Funk Next Door” which was released on V.I.M.BREAKS RECORDS, in the beginning of 2009 he has released his first 12” single called “Get Away” on GOODGROOVE RECORDS.

Together Kid Stretch and Pale Penguin have organized a lot of Funky Breaks/Disco/Soul parties and events (they have organized the legendary “The Score” funky parties in ELVIS Bar, Thessaloniki, Greece as Kid Stretch & The Duke), they have done warm-ups for RJD2 and ANDY SMITH (DYNAMO PRODUCTIONS) and they have spinned for the annual “Battle Of The Year Balkans” events and parties from 2003 till now. From Autumn of 2008 they have decided to produce music together and the project PALE THE KID was born. Their music can be described as “uplifting Electronic Disco-Breaks for the dancefloor with Funky, Soul and Rave drops”.