This collection of ‘remixes’ span from 2011 to 2019, covering many genres and featuring prominent MCs Gift Of Gab(Blackalicious),Imani(The Pharcyde), Lotek and N’Fa Jones. The LP follows the typical musical arc of a Tom ShowtimeDJ set. Beginning with Trip Hop, moving through Jazzy to Party Hip Hop, Funk next, followed by a Tropical excursion and finishing with Reggae ‘redubs’.

An unreleased remix of Soul Alchemyappears for the first time along with Bad Grammarphone, plus some quality Australian releases, dancefloor favourites and ‘redizzled’ head nodders. Ride it out…

Juno Review:
“So the team at Breakbeat Paradise are back to their old tricks again, proving just why they are so highly praised for their consistency here on JunoDownload. This latest project sees Tom Showtime join forces with a number of other producers for an intricate remix project, seeing a selection of fifteen potent reworks land in the store. The genre styles range for stripped back hip hop beats to more funky rethinks, giving a real mix and blend of styles. For us, the Tom Showtime remix of ‘Bang Like This‘ from Ben & Lex alongside The Pharcyde summarizes everything this release is about, that being smooth, vibrant beats and warm, colourful basslines!”

You never heard these tracks sound like this before.  But then maybe that’s because these versions were never released before: an R&B stomper done as an anthem in the vein of Aretha’s Think, an uptempo R&B heater transformed into a looser slice of southern funky soul and a rock n roll classic re-imagined as a New Orleans-style funky nugget.

Perhaps back in the day at Stax, Capitol or Federal, some producer hip to what James Brown and Dyke Arlester were doing, managed to coax artists back into the studio after hours for one more take.  The drums became a bit heavier and more syncopated, the bass a bit chunkier, a section was lengthened here or there and maybe a faster (or slower) tempo tried out.  But perhaps when the money men heard the results, they were too behind the curve to bet on the new sound and these funky versions got shelved.

Then again, maybe you’re listening to Mako & Mr Bristow’s Stank Soul Edits Vol. 4, the latest in a series of 45 edits intended to sound like alternate ‘lost’ studio takes rather than  – well – edits.

“A welcome return to action for Stank Soul scalpel fiends Mako and Mr Bristow, whose last collaborative re-edit release dropped back in 2017. This time round they offer up a slimmed down seven-inch selection boasting two hot-to-trot revisions. On the A-side you’ll find “Stax Dawg”, a loving tribute to the legendary US label that sees the pair wrap 1960s horns, vocals and instrumentation around their own rubbery, floor-friendly groove. “Love Book”, meanwhile, is arguably even better: a low-down revision of a horn-heavy funk-rock affair rich in addictive guitar riffs, bustling drums, heavy horns and gravelly blues style vocals. They round things off via flipside “Funky Jive”, a tooled-up version of rhythm and blues standard “Willie and the Hand Jive” that should have everyone singing along in the club.” /Juno Review

“Stop the press! Mako & Mr Bristow finally release Stank Soul Edits Vol. 4! It seems like forever since Vol. 3 but now here they are with their fourth volume of funky 45 edits and three tracks no less, not to mention having jumped ship from Resense to Breakbeat Paradise for what just happens to be BBP’s first ever vinyl 7…” /Monkeyboxing.com – Read the full review here! 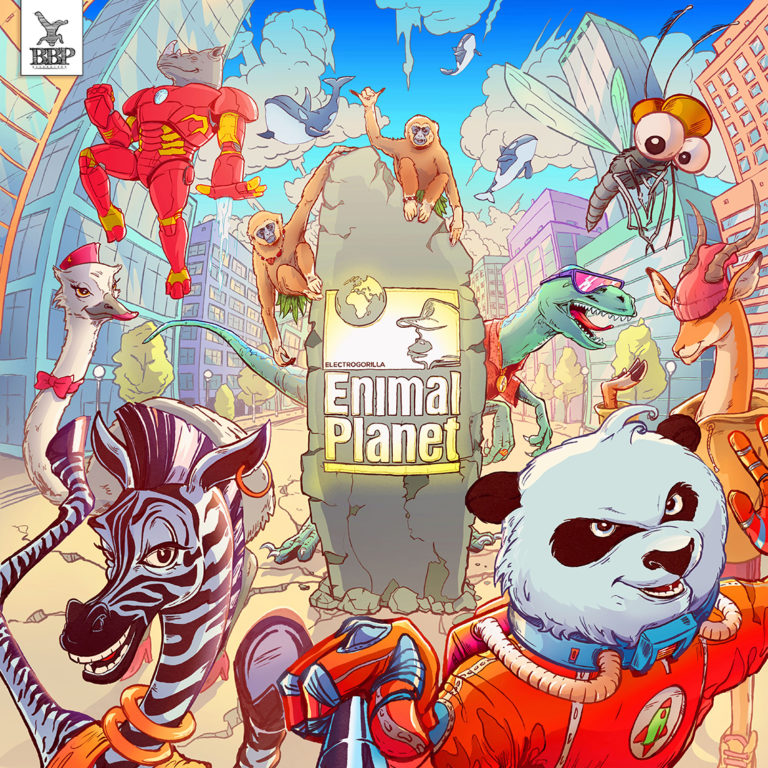 Breakbeat Paradise Recordingsis very pleased to welcome back the ElectroGorillawith his second solo release on the label. This time around he’s cooked up a full-length album of various block rocking beats with a good doze of electro funk elements.

Since ElectroGorilla’s debute EP on BBP in 2015 he has been all around the funky breaks scene under various aliases. From TruFunk to Bomb Strikesunder the The Funk Fury and featuring on various compilations and releases on Future Funk under the name Synoptix.

Now he’s back in the Gorilla outfit and boy did he bring along the funk this time! Each track is showing a new and more melodic side and a depth in the productions that are rarely seen in the assembly line electronic music scene these days. Demonstrated to perfection on the melodies and catching wobble basslines on Mosquito Lullaby and the progressive funky grooves on the Anteloop featuring Bob. The mellow sides of the spectrum are also being experimented with on tracks like Zebra Tribeand the beautiful Killer Whale Odyssey.

“Breakbeat Paradise have been a on a serious roll over the last year or so, consistently delivering us the freshest Breakbeat originals.They continue this theme here with great success as Electrogorilla unveils 9 new creations, all laced with energetic drum work and smart sampling to draw out that nostalgic feel we all love about Breakbeat. From the classic electro synth rolls of ‘Electrhino’ and ‘Mosquito Lullaby’ to the more eye opening, aquatic sounds and sharp percussive inputs of ‘Killer Whale Odyssey’, ‘Enimal Planet’ one holds something for everyone. Our highlights include the niche grooves and grizzly bass tones of ‘Lazer Panda’ alongside Shinder and of course the spacious ambience of ‘Zebra Tribe’.

Italian funky breaks phenomenon Stabfinger has been making a lot noise in the Funky Beats and breaks scene this year, with multiple release on the almighty Bombstrikeslabel as well as appearing on remixes for Fab Samperi and incontroL. In between touring with his live band he took time out to cook up a mighty funky EP featuring 3 fine pieces of funky breaks sorcery for us here at BBP.

Stabfinger is known for being straight to the point when it comes to keeping it fresh and funky which has earned him a consistent place on the top 20 breaks chart on Juno throughout this year.  Mostly along with his partner in chime Prosper, who is a good friend and frequent contributor to our label. However on this EP you’ll get solo Stabfinger which means no money business – just funky party smashing bangers!

Kicking things off with the oldskool bumping title tune Funkastick which comes with a fresh uptempo vibe and an undeniable funky groove. Simple et Fonky picks up with a similar straight to point approach which makes it very hard for anyone to sit still. Just enough bass to keep it fresh, enough catchy vocals to keep interesting and big grooves to keep simply keep it funky!
Stabfingergets down to business on a swingy bass banger on the Twenty Five Miles joint showcasing some finger snapping swing grooves and rolling wobbly basslines

Last but certainly not least the unique and downright funky Disc Jockey will be sure to turn the dancefloors on fire and makes for a perfect end of this funky journey with Stabfinger.

Reviews:
“It’s quite marvelous to see so much fresh new music has been coming out of the legendary Breakbeat Paradise Recordings camp this year, as they bring together another top draw drop, this time courtesy of Stabfinger with his ‘Funkastick’ project. We kick off our journey into this one with the randomized wobbles of ‘Twenty Five Miles’, which is closely followed by the groovy guitar licks of ‘Disc Jockey’. Next we have the succulent percussive pressure of the title track ‘Funkastick’ which combines oldschool drum combos with exciting chord patterns to achieve a really cool energy. Finally we round up with the tasty drum crunches of ‘Simple Et Fonky’, topped with classic vocal samples.”
/Juno Review 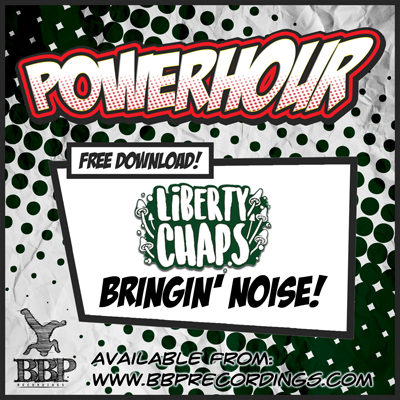 For this month freebee we have invited the talented Liberty Chaps for some glitchy business as they’re Bringing’ Noise on this wicked banger.

The Liberty Chaps has their own signature style of funky glitch which we will be bring you more of very soon on BBP.

Until then enjoy this twist on a classic Public Enemy rhyme…

The Funkin’ Basstards – Return Of The Originals – Out now exclusive on Juno Download! 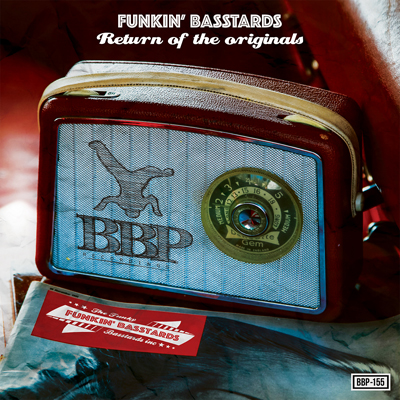 This funk laden piece featuring Mustafa Akbaris just whats needed to get that party started. Sweet smooth synths compliment the rolling bassline and catchy lyrics to a tee, all coming together for a funk masterpiece.

2. Swing it or Leave it Feat. Everyman

Time to give that funk a touch of the swing That infamous sax sample is coupled with the lyrical flow of Everymanto bring a breakers dream of a track. With a slight Indian touch of a sound of a citar, this track constantly evolves through the funkiest of sounds.

Everymanis on it again, this time alongside a truly funky bass guitar, and an organ to bring you back to the real grooves of the 70s.

4.Return of the Originals Feat. BNC

For the title track, The Funkin Bassterdsjoin forces with the vocal delights of BNMC to provide a shout out to the original sounds of the 90s hip hop scene. Well produced, and composed, this will definitely send you back to the originals. 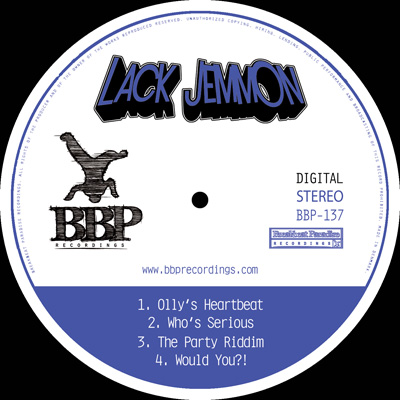 Breakbeat Paradise Recordings is back with another big vinyl release from the amazing producer due Lack Jemmon,which consists of DJ Clairvo and Kid Panel, who are both well-established producers, DJs and label owners on their own. Together they are an explosive cocktail of big funky grooves, filthy glitcy basslines and banging beats! After little over a year of being vinyl exclusive – this 4-track beast is finally ready to be unleashed to the digital audience!