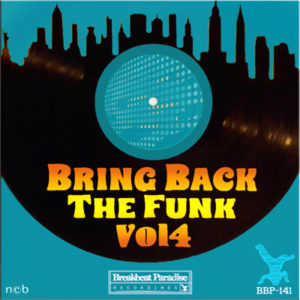 Bring Back The Funk Vol. 4 features brand new joints from BBP all-star producers, Lack Jemmon, B-Side, BadboE  & Proper as well as introducing new artists to the label: Hebegebe and Brian Carson, Kibosh and Synoptix who all have some funky goodness up their sleeves.