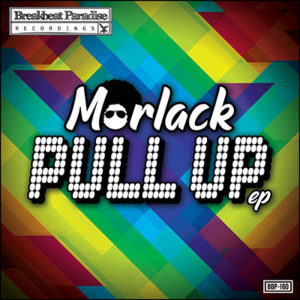 It wouldn’t be a proper BBP year without us dropping a new Morlack EP. This time around its all about the big grooves and dancefloor vibes. Across all 5 cuts you will recognize that signature Morlacksound mixed with just as much party flavor that he could get his hands on!

The Pull Up EP makes up the 12th Morlack release on BBP and what a ride it’s been – and Morlack shows no signs of slowing down. He’s a frequent guest in the Katakana Edits series and on his own Funk Blaster label. Always keeping it funky and with a prober doze of breaks and lately shifting into the world of nu-disco.

The title tune Pull Up gives us some of that signature Morlack boogie bass over a sweet disco joint. No Illusions takes it down a notch but slams on a steady disco groove and some party rocking rhymes. One Dutch take it back to the funk and some proper big 70s style grooves, while Manteca takes us on a ride with some Latin grooves and Spanish vocals. Last but not least Morlack leaves us begging for more with the hyper groovy Bush Beats featuring more boogie bass and party rapping.

As we continue to maintaining our focus on the breaks we love to journey into different styles and the disco genre is one that is always dear to us. So, expect much from us along these lines in the near future.