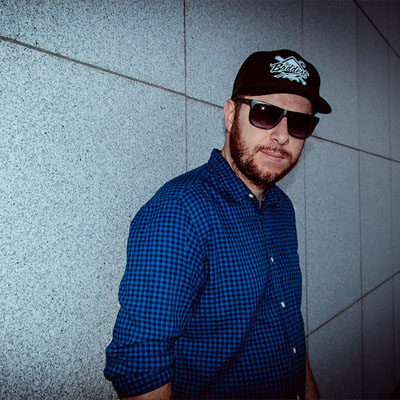 DJ Kid Stretch has started his musical journey as a DJ in 1997. His musical influences are mostly hip hop, funk, disco and soul music, so you can expect those kind of music in his DJ sets, along with some funky dancefloor breaks, bboy anthems, b-more and mash up remixes.

In 1998 he participates in the Greek DMC (DJ Competition) and takes the 2nd place. But 2 years later, in 2000, he returns to take the 1st place and he represents Greece in the World DMC in the Millennium Dome in London.

He is the producer and DJ of the Greek group hip hop Warriorz (going back since 1998). Warriorz have released songs in 2 compilations albums of F.M. Records, a CD single in F.M. Records and their album “Way Of Life” in their own Warriorz Records. They have also released a project called “Hippofunkochoerus” with a live funk band (Nasa Funk), (a mixture of funk with hip hop lyrics and scratching).

In 2007, he participates in the Battle Of The Year World 2007 Soundtrack with the song “Live For The Funk, Die For The Funk”.

In March of 2009 he releases the EP “Pushin” on Goodgroove Records, which hits No 1 on breakbeat & dance charts, getting very good feedback from DJ and producers worldwide and becomes a bboy favourite tune. Also the b-side track “Get Away” is still a classic tune, making it to many DJ playlists as well as in DJ compilations among other classic dance tunes.