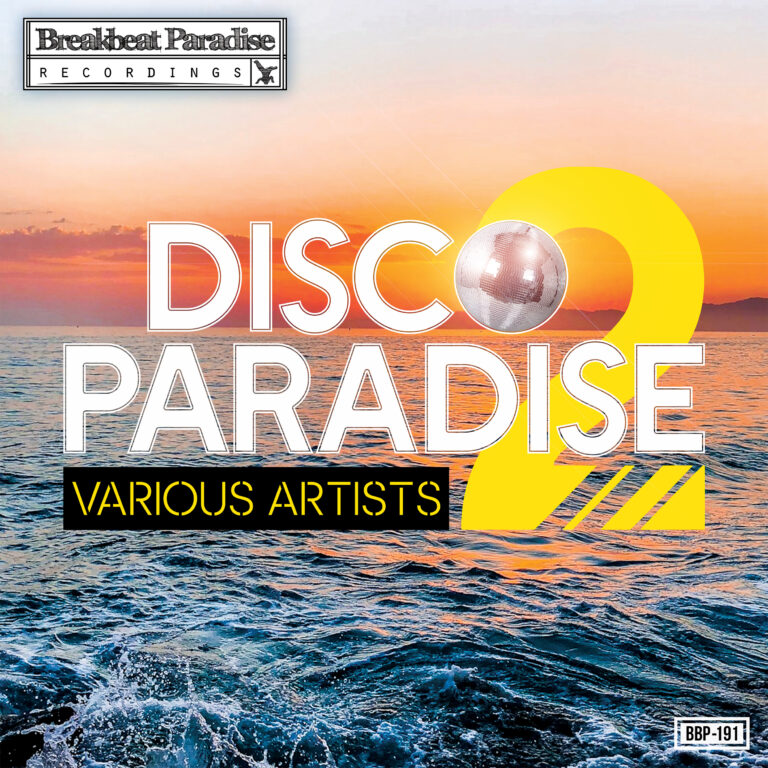 After the successful first volume of Disco Paradise, we at Breakbeat Paradise Recordings, thought it was about time to release some more of those happy vibes to try and lift us through these trying times.
Kicking of the album, is a legend of the disco/house scene, combining forces with a master of the funky breaks. Jet Boot Jack and Gramophone Soul have teamed up to give you a pumping dancefloor filler, filled with happy claps and pianos to make you smile. That’s followed by a stomping track from the get go from Leygo, with his secret head nodding recipe to keep you going. Next up is the funk-fueled, vocal stabby number by Venture & Capital, laced with an array of instruments bringing that old live style. Joy Legend comes in next with his downtempo vibe, reminiscing back to the days of Studio 54.
Keeping it on the smooth tip, Jayl Funk enters with his typical funked up style, and continuing in and around the same tempo, we have a debut artist on the label, by the name of Luke the Knife. Horns a plenty and a rolling bassline is the game of this one. Label bossman BadboE brings his world reknowned super funky breaks, hip hop vocals, and big beats, for all you staunch BBP fans. Moving onto the next, Stabfinger is a name synonymous with top quality production. This time he joins forces with Funny Ox, to supply a bass filled, synth laden beauty, that definitely gets the funky seal of approval. Label stablemates,
The Funkin Basstards have come with a rolling, grooving remix of Belle Epoque, while Pecoe slides in after with his well-known style of clean beats, cool guitars and subtle nuances throughout. Morlack, has been member of the BBP family for a long while, and definitely knocks it out the park with this one. It’s got a bass heavy groove, punchy beats, and a sweet vocal to compliment. With a recent release on BBP, Boydex joins the disco club, combining forces with vocalist Alizé for a hip swaying, chest pumping disco house number, before the connoisseur of production, Don Dayglow, comes with a downtempo, electro-disco track smothered on those 80’s synth sounds and vocal floating above to take to that disco dreamworld. Finally, we have another new guy to the BBP family…
Skank Honto with a gritty disco breaks track, filled with plucky leads, and a catchy bassline to match.
All-in-all Disco Paradise Vol.2 is filled a variety of disco styles, for all you lovers of the disco dancefloor.