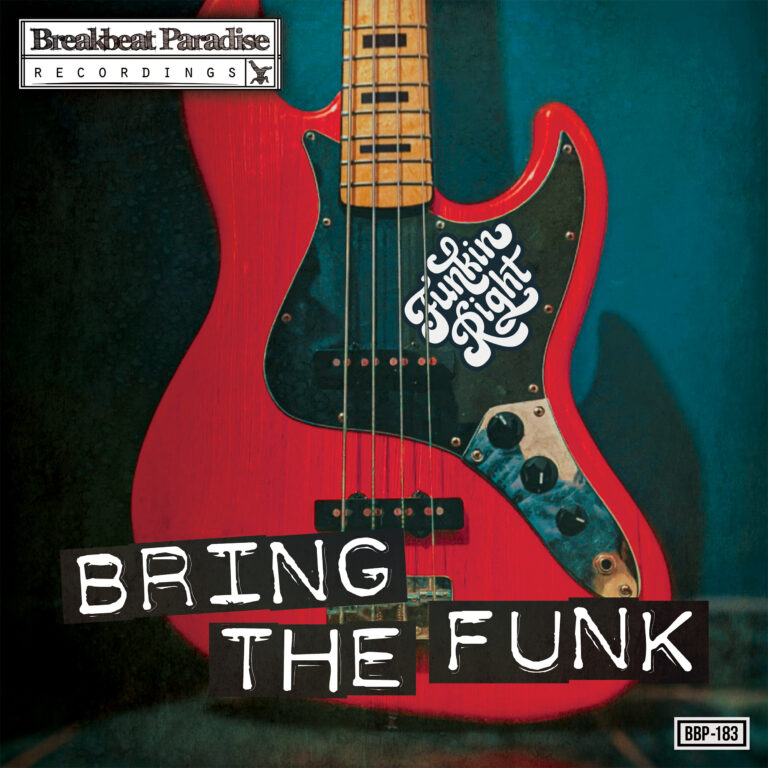 As Breakbeat Paradise Recordings continue on the endless journey of discoveries within the funky sounds of the breaks we came across a special style of bassy glitch funk from Canadian producer FunkinRight. On this debut 4-track EP called Bring The Funk we are seeing FunkinRight doing just that with a sweet organic electronic funk with bold heavy basslines and steady rocking beats alone with some clever sampling into the classic breaks goldmine – twisted in brand new way.
FunkinRight is no stranger to the funky breaks DJ scene of the western Canadian circuit where he’s brought his funky styles to festivals like Curiosity, FozzyFest, Freezerburn, Vibrant and shared stages with funky DJs/Producer like: Askillz, Featurecast, Father Funk, JFB, Megan Hamilton, Phibes, WBBL, Woofax and more.
The EP is featuring 3 originals joints from FunkinRight that fully showcases his unique type of funy bass music. In addition to this another fellow Calgary-based producer Sonek who is known for his releases on V.I.M.Breaks & Diesel Recordings is featuring on the Work track that finished up this EP.
You’re in for a funky and bassy treat as FunkinRight storms into the electronic funk scene in a big way. As always BBP is on point to bring you the funkiest breaks out there…