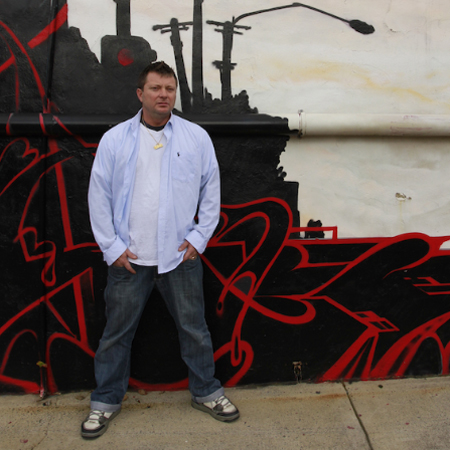 One of Australia’s most respected DJ’s, Mark Walton has been a DJ within the Australian Dance Music movement for many years.

One of Australia’s most respected DJ’s, Mark Walton has been a DJ within the Australian Dance Music movement for many years. Having experienced musical trends first hand throughout the 80’s and 90’s, Mark’s DJ sets demonstrate a vast knowledge of Dance Music, whilst pushing the boundaries of Dance Music genres today.

After being discovered in his hometown Brisbane by R.A.T. (Recreational Arts Team) – the cultural youth movement phenomena of the late ’80’s – Mark moved to Sydney to pursue his DJ career. After linking up with R.A.T. to play numerous parties and events, Mark became one of Australia’s best known up and coming DJs, playing to audiences in excess of 15,000. Around this time, Mark also visited the U.S. taking up an invitation to play a series of events on the West Coast.

Having established himself on the Sydney DJ circuit in the early 90s, Mark began sourcing music for Good Groove Records (Tom Georgiou), then onto developing an independent label, Muzik Too, with Sydney friend Mark Taylor of SLATS Studios. Muzik Too, distributed underground mix tapes by local DJs, pushing their talents and profile to a broader Australian market. Mark then moved to New York in the mid 90s to further his experience and career and to find inspiration, occasionally through some serious vinyl collecting.

On returning to Sydney in the late 90’s, Mark began work on radio, broadcasting new music programs with 2SER-FM. During the period, Mark worked in a number of areas including mixing audio for stage productions and fashion shows, a DJ tuition business, event production and music production with local DJs while continuing to play the DJ circuit around Australia including support spots for international and Australian artists. Mark also took up working on the other side of the counter at Acetate Record Bar with DJ Junior B (Pam Hubbock) and Michael Chernoff, Mark’s manager (R.I.P.).

In 1999, Mark began working with event production company, Rawedge, alongside Walter Turrae and Justine Missen. This consisted of sourcing new music for innovative presentations at dance music events in Sydney which added further maturity to the growth of the Australian Dance Music movement. After losing studio equipment and records in a fire in 1999, Mark jumped back into production working on the Wet Pants EP and Album and established Lateral Recordings with James Locksmith. Around this time Mark also teamed up with Sydney DJ, illpickl, to form 3 Dex‘n’Fx which toured Europe including performances in Ibiza and at Home in London. They collaborated on a number of recordings until the untimely passing of illpickl in 2001.

After being acknowledged as one of Australia’s most respected and prolific DJs, Mark developed a catalogue of his own recordings as an artist ranging from Hip Hop, Breaks, House, Funk, Disco, Soul, Jazz, Latin, Afro, Dub and Beats all of which have yet to be released, however their time is coming through the formation of his new project Fretless which has its debut album released later this year.

Over the past 5 years, Mark has travelled between Sydney and Brisbane producing and touring with the Resin Dogs and Good Buddha. Mark continues to play on the Australian circuit with regular visits to London and Japan and his spiritual home Hawaii, where he’s collaborated with local reggae bands while fulfilling his other passion of deep sea diving.

A long time member of the international dance music scene, Mark still retains an immense passion for music – it’s there when he spins it and it’s about to take another step forward when he plays it as part of Fretless.